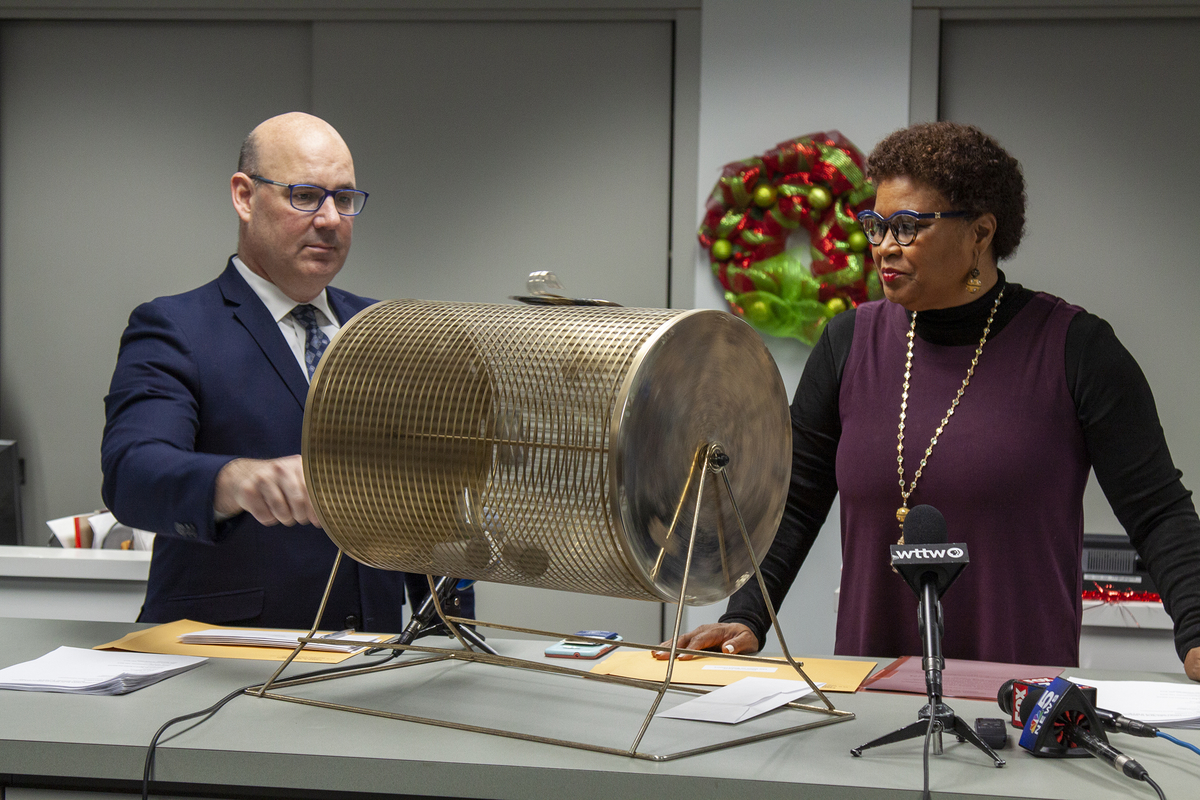 In total, nine drawings – six for the first ballot spot and three for the last spot – were held for a total of seven primary races – all for Democratic primary races. The lotteries for the first position on the ballot were comprised of candidates competing for the same office who filed their nomination petitions simultaneously on November 25 at 9 a.m., the first day of candidate filing.

A separate lottery was held for candidates vying for the last spot on the ballot – these candidates filed their nomination petitions on December 2 between 4 p.m. and 5 p.m., the last day of candidate filing.

Anyone who filed after 9 a.m. on November 25 and before 3:59 p.m. on December 2 will be on the ballot in the order they turned in their nomination paperwork.

At 10 a.m. at the Clerk’s downtown Chicago office, Yarbrough and Michalowski stuffed slips of paper into film canisters for each race and tossed the bottles into a steel drum – donated for the event by the Casa Italia - Italian Cultural Center in Stone Park. The drum was spun and the order in which Yarbrough picked the canisters determined ballot order for each race.

The list and status of candidates who filed with the Clerk’s Office will be updated periodically on the Clerk’s website to reflect who has withdrawn their candidacy and whose candidacy has been challenged. Objections are due by 5 p.m. on Monday, December 9.

The Cook County Electoral Board is scheduled to meet on Monday, December 16 at 10 a.m. to adopt rules and procedures—no objections will be heard on that day. Initial hearings before a hearing officer will be conducted on December 17. The hearing officer makes their recommendations to the Electoral Board, which then rules on the objection. A detailed schedule of the hearing times will be updated on the Clerk’s website.

A video of the Ballot Position Lottery can be viewed on the Clerk’s YouTube page.

The results of the Ballot Position Lottery are below, in the order candidates will appear on the ballot: