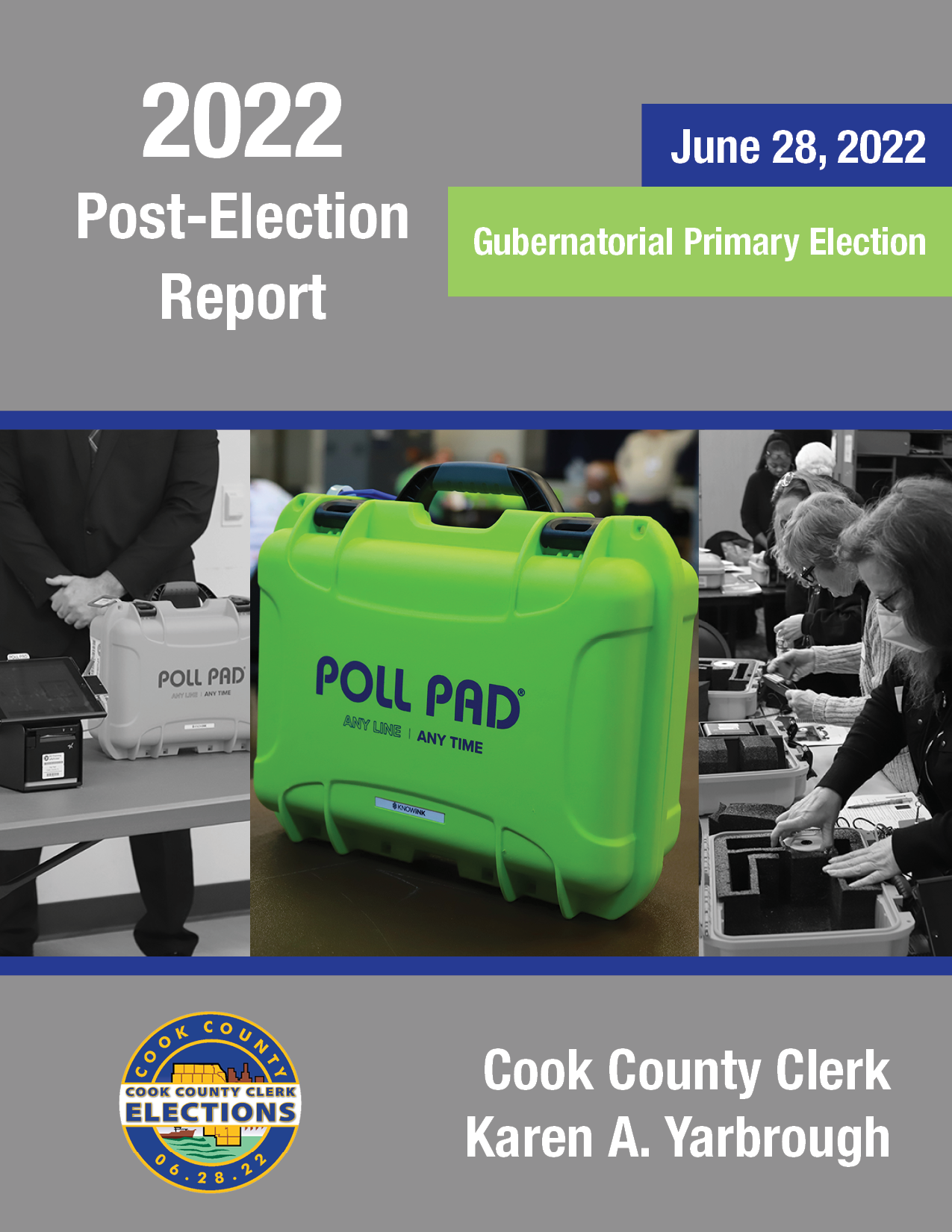 The Cook County Clerk’s Office has released a comprehensive Post-Election Report for the June 28, 2022, Gubernatorial Primary Election that provides an in-depth look at voting totals, election year trends, and results for individual races up and down the ballot, Clerk Karen A. Yarbrough announced today.

According to the report, the 2022 Gubernatorial Primary brought unique challenges for election authorities and voters alike with the first-ever Illinois Primary to be held in the month of June. Redistricting at the state level following the 2020 census forced the primary elections to be pushed back from their usual dates in March and the first summer primary election in Illinois had mixed results for voter turnout.

With a 20 percent turnout, the election had the second lowest voter turnout for a Gubernatorial Primary in more than 30 years. However, the report notes that the turnout percentage does not exclusively reflect a lack of voter participation, as there were more registered voters in suburban Cook County than ever for the June Primary.

Pre-Election voting in all its forms continued to trend upward with an increasing number of voters choosing to vote early or by mail, according to the report. Early Voting and Mail Voting accounted for 40.9 percent of all ballots cast, a new Gubernatorial Primary record. In addition, a new Illinois law is now in effect that enables voters to register for permanent vote by mail status.

This 2022 Gubernatorial Primary Post-Election Report can be downloaded here.