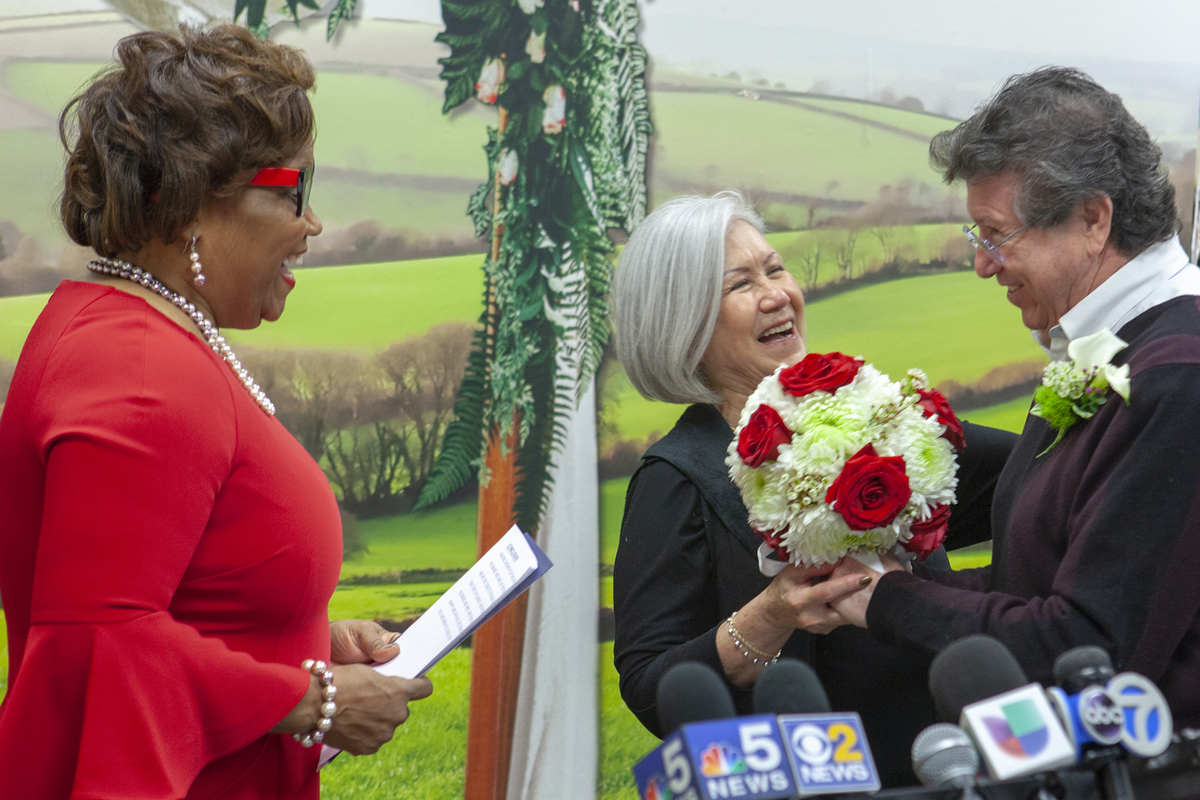 Leticia Vargas and Jose Raygoza arrived at Cook County Clerk Karen A. Yarbrough’s downtown Vital Records Bureau Thursday morning expecting to get married shortly after they got their marriage license. The couple got married, but in a way they never could have expected.

Leticia and Jose, who live in Chicago’s Brighton Park neighborhood, planned to get married Thursday morning at Cook County Marriage Court after getting their marriage license at the Clerk’s office. They were accompanied by Leticia’s sister and her husband.

When Leticia and Jose applied for their marriage license shortly after 9 a.m., Clerk’s Office staff informed them of the one-day waiting period to get married. They left the Clerk’s office, prepared to get married another day, and took a walk to Millennium Park. 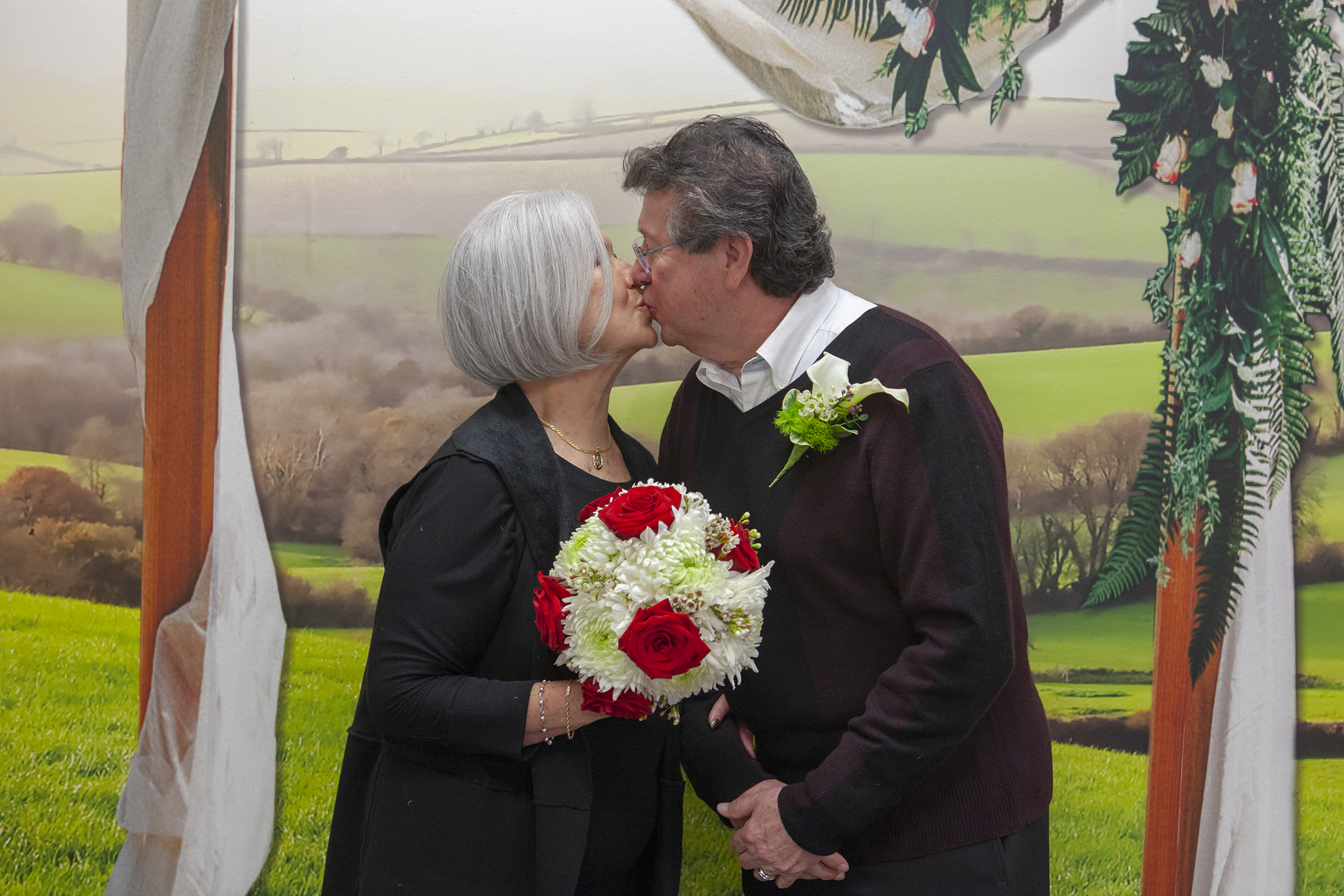 Meanwhile, the couple whose names Clerk Yarbrough had picked earlier this week from entries she received for the Clerk’s inaugural Valentine’s Day Wedding Sweepstakes – who would get married by the Clerk and take home an array of gifts, were getting cold feet. When Clerk’s staff contacted them about 9:40a.m. to check on their whereabouts, the couple said they had had a change of heart.

Vital Records Bureau Clerks Renita Brown and Arturo Martinez sprang into action, reaching out to Leticia and Jose to see if they still wished to be married Thursday. Their reply was an emphatic “yes!” Accompanied again by Leticia’s sister and her husband, “we ran back” to be married by Clerk Yarbrough, Leticia said. Vital Records staff got a judge to waive the one-day waiting period, and minutes after arriving back where they got their marriage license, Clerk Yarbrough pronounced Leticia and Jose husband and wife under the Clerk’s new wedding celebration alcove in the Vital Records Bureau.

“There are many special days for weddings, today especially,” Yarbrough said. “Everybody wants to get married on Valentine’s Day, because this is a day for lovers. And Leticia and Jose are truly lovers – they’ve been together for 26 years!” Reflecting on the turn of events that led to Thursday’s wedding, “this was just meant to be for them,” Yarbrough said.

Besides being married by the Clerk and getting their marriage license fee waived, Leticia and Jose were presented with a commemorative marriage certificate from the Clerk’s office, and the following gifts donated by local businesses:

Asked why it took them 26 years to get married, 69-year-old Jose joked, “I wanted to be sure.” The couple plan to honeymoon in Spain, France and Italy this summer, with Leticia’s sister and her husband, who will be celebrating their 50th anniversary.