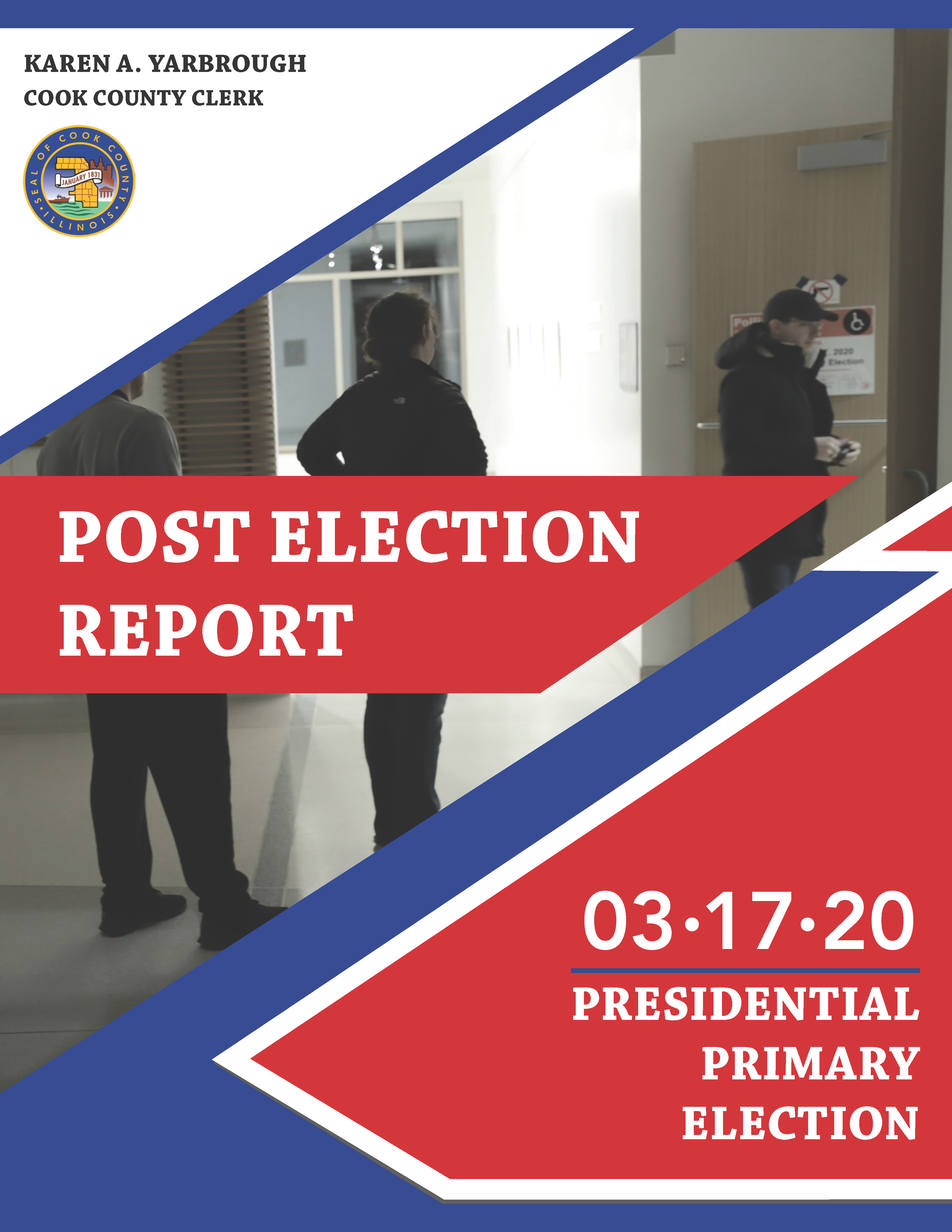 It is no surprise that during the March 17, 2020 Presidential Primary, Cook County faced an uphill battle at the start of a nationwide pandemic. The Election Judges, Polling Place Technicians, Rovers and Election Day Staff who worked the March Election did an incredible job under circumstances this country and this county have never experienced. The voters of Cook County as well as this office owe a great deal of thanks to every single person who took part.

One component which helped Election Day Staff was that, prior to Election Day, voters took full advantage of Early Voting and Mail Voting, and they came out in historic numbers ¬– with 166,613 and 47,652 ballots cast, respectively. Suburban Cook County’s response was truly inspiring. Voters showed their belief in our democracy and concern for their neighbors by participating before Election Day in record numbers.

“The level of engagement we saw among suburban Cook County voters in March was driven by many different factors, be it pre-Election Day voting, voter registration and outreach efforts by the Clerk’s office, the participation of civic, education, community and religious groups to getting voters registered and to the polls, and many high-profile, competitive races that seized voters’ interest,” Karen A. Yarbrough said.

Another factor that helped suburban residents make their voices heard was the implementation of Cook County’s VOTE ordinance. Ballots were available in five languages besides English, including two new ballot languages – Korean and Tagalog. In the November 3, Presidential General Election, six more languages will be added for the November election, so as many eligible voters as possible will be able to use the ballot that is most welcoming and comfortable for them. Language should never be an obstacle to voting for any qualified resident.

Highlights from the report, which can be downloaded from the clerk’s website, include: