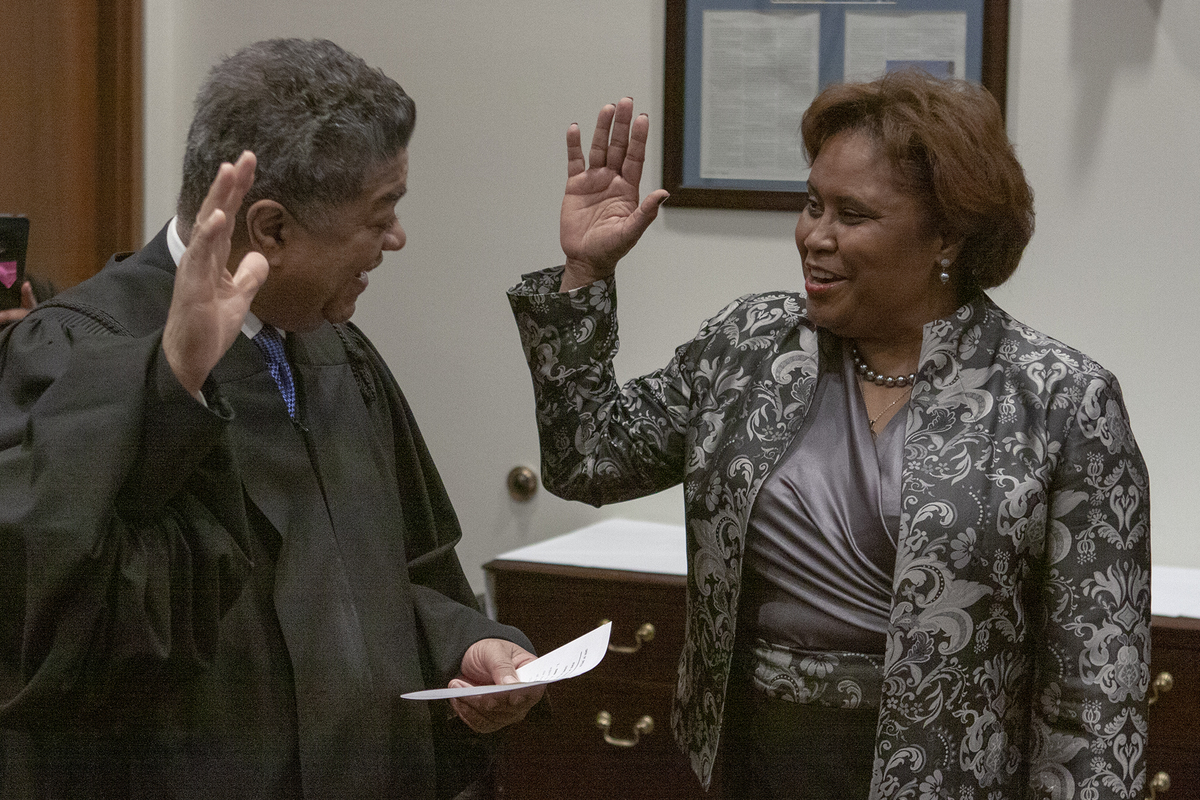 Karen A. Yarbrough became the first woman and the first African-American to serve as Cook County Clerk following her swearing-in at the Daley Center Monday morning.

Yarbrough, who most recently served two terms as Cook County Recorder of Deeds, and previously was State Representative for the 7th District, was elected Cook County Clerk in the November 6 Gubernatorial Election. She was sworn in by Cook County Circuit Court Chief Judge Timothy C. Evans at a Daley Center ceremony at 9 a.m. Monday.

In her time as Recorder, Yarbrough established herself as a national leader in the growing movement to change the office of county recorder from a place where property fraud happens, to a place where property fraud is confronted. She completely revamped the CCRD Fraud Unit and brought national recognition to anti-fraud efforts, ushered in technological advances that allow for e-recording of deeds for the first time ever, and led efforts to build the most open and transparent Cook County Recorder of Deeds Office to date.